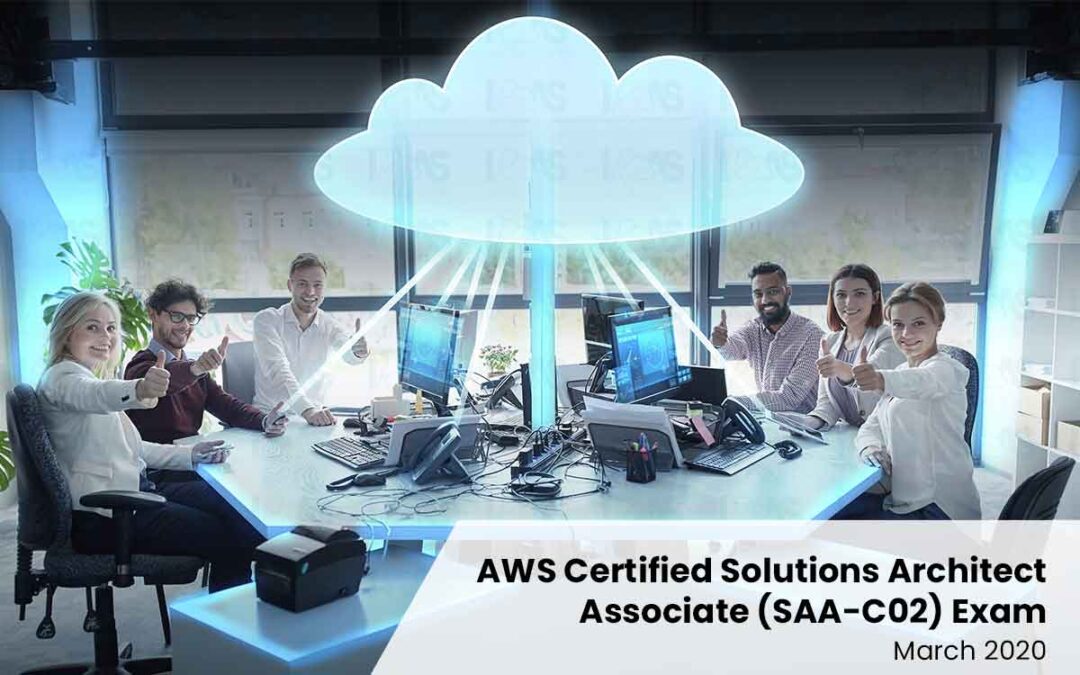 Amazon has recently announced that they’re releasing an update to the exam of the AWS Certified Solutions Architect Associate Certification (SAA-C02), which is set to be available from the beginning of March 2020 onwards. This is part of a move that will bring the exam more in line with the latest features and services offered by AWS.

But what are these updates? And why have they made the change now?

What is the New Solutions Architect Exam?

The AWS Certified Solutions Architect Associate Certification (SAA-C02) is going to be the latest version of what is arguably the most popular exam available on AWS. This new version will still test candidates on their ability to implement, architect, and secure applications and architecture right across the AWS platform.

However, it was decided in the late fall of last year that Amazon was going to update the exam to better reflect the features of the most current technology stack available on the platform so that they can adequately perform their role as a Solutions Architect. So what are the key differences between this exam and the version set for a March release?

The exam doesn’t change radically, but there are some key alterations that you, as a potential candidate, need to be aware of. First of all, let’s run a side-by-side comparison:


As you can see, there are fewer domains contained within the new format of the exam. The final domain (Domain 5) is being retired; however, the remaining domains are very similar, with some of them identical to their original counterparts. What has changed quite significantly is the percentage weightings, so make sure to pay attention to the new ones.

In terms of content, domain one is very similar to its predecessor. However, domain two differs quite significantly from its previous version, even though it has a very similar title. The caching requirement has gone, while the elasticity and scalability component has simplified to focus purely on compute resources.

When it comes to domain three, there’s no longer the requirement to define the network architecture of a single VPC application; rather, you need to be able to define secure access to your AWS resources. Lastly, domain four includes identical requirements to the existing exam with the added request to demonstrate the ability to design cost-optimized network architectures.

Why You Should Focus on Preparing for The Updated Exam

There are several reasons for preparing and taking the new exam as opposed to the current versions. Firstly, several new AWS features and services are being tested as part of the updated exam. As a solutions architect, you’ll need to be aware of these new features to effectively perform your role within your organization.

Secondly, the newer version of the exam is more focused on architectural principals and best practices, with fewer domains to study. While this does not mean that the exam is “easier” as such, it does makes studying simpler by giving you more time to focus on the areas that are relevant to a true Solutions Architect’s role.