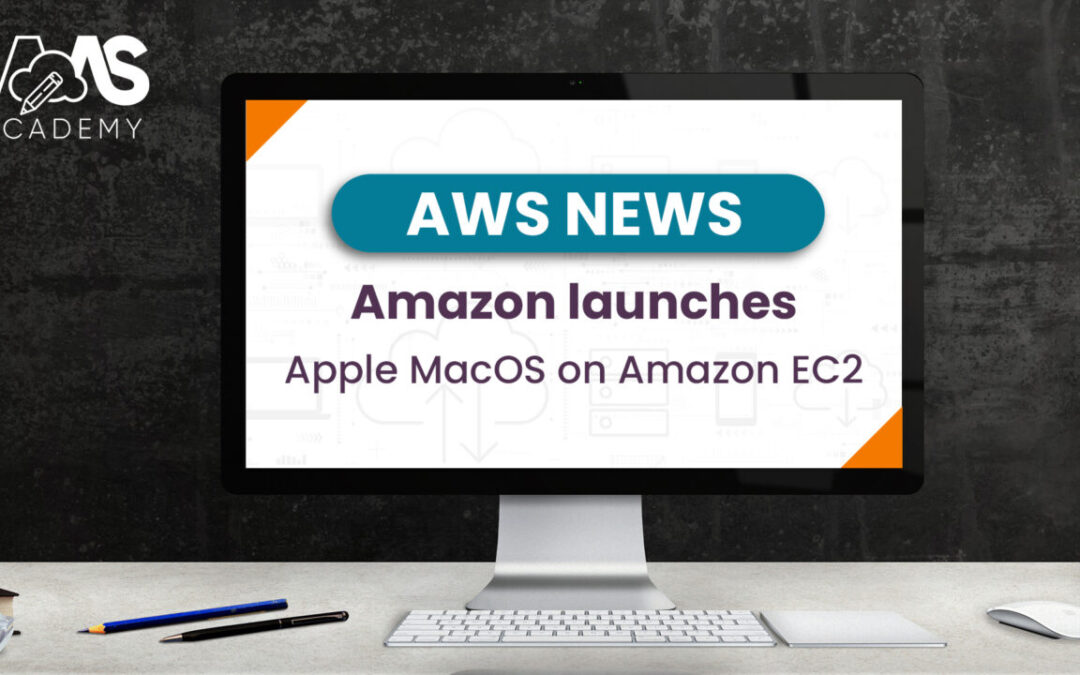 The time has finally come. After 15 years of offering web services, AWS has finally made the leap to offer Mac Virtual Servers in the cloud. Since 1st December 2020, Amazon EC2 Mac instances are now widely available.

Finally, after years of asking, Apple developers can now run macOS workloads in the AWS cloud for the first time. So if you develop, build, test, or sign applications for Apple devices, such as iPhone, iPad, iPod, Mac, Apple Watch, or Apple TV, you can benefit from the flexibility and scalability of AWS.

So let’s dig a little deeper into the technical specifications of what AWS is offering those Apple developers who’ve long craved AWS support.

So enough about the announcement, what is actually on offer? Beyond allowing developers to finally host Apple Mac on AWS EC2 (rather than using Mac Emulators on Windows machines), there’s quite a lot of firepower being made available.

EC2 Mac instances are powered by Mac mini hardware. They feature Intel’s 8th generation 3.2 GHz (4.6 GHz turbo) Core i7 processors, six physical/12 logical cores, and 32 GiB of memory. This hardware is then combined with the AWS Nitro System, providing up to 10 Gbps of VPC network bandwidth and 8 Gbps of EBS storage bandwidth through high-speed Thunderbolt 3 connections.

The EC2 Mac instances run 10.14 (Mojave) and 10.15 (Catalina) at this moment in time. However, support for 11.0 (Big Sur) is reportedly on the way, as are EC2 Mac instances with Apple’s new M1 chips. You should expect these upgrades to surface sometime in 2021.

15 Years of Waiting, What Changed?

The change that facilitated Apple Mac on AWS EC2 actually came from Apple, not from Amazon. Hosting the Mac has long been a legal gray area, with many developers not knowing exactly where they stood.

But the latest macOS release (Big Sur) finally put it in black and white. The newly included section “Leasing for Permitted Developer Services” grants the ability for providers to host the Mac, on the provision that:

So with many macOS fans itching to get started on AWS EC2, are there any drawbacks?

Cost of Dedicated Host Might be a Drawback for Some

The Mac EC2 instances do require a dedicated host to deploy them. The issue? They are certainly not going to be the cheapest. While a current list price of just over a dollar ($1.083) an hour seems reasonable on the surface of it, EC2 dedicated hosts for these instances come with a minimum tenancy of 24 hours.

In other words, you’re going to have to pay north of $25 just to turn the instance on. Not great if you only want to take it for a test drive. Likewise, heavy usage could see you rack up serious monthly bills when building software at scale. Smaller, niche providers such as MacStadium (who are already offering M1 chips) run much cheaper.

However, this is an extremely positive first step for Apple developers and those working in AWS who want macOS access.

Suppose you’re an Apple developer new to AWS. In that case, we can help you to develop your comprehension of the AWS cloud ecosystem and achieve your goal of becoming AWS-certified through our massive range of practice exam questions, courses, and quizzes.

Those who take our IaaS Academy AWS courses gain access to hundreds of practice questions and an exclusive exam simulator so you can judge your performance under exam conditions. Better still, our new discussion and chat boards will enable you to discuss topics and ask questions to remove any doubts you have about any technical or business concepts.

If you have any questions regarding our courses or any other of our learning materials, contact our team, who will be more than happy to help.